As a reminder, Red skulls in this server dont lose any items but they sufferer a far harsher death loss (Experience lost) when dying.
Black skulls still dont lose items but experience lost is far worse on dying and they are not allowed to engage in PvP anymore.

Today we have implemented equipment boxes in crafting, you can find t2 to t4 eq boxes in the first continent crafting zone, t5 on desert continent (arena -1) and t6 and t7 on winter continent. 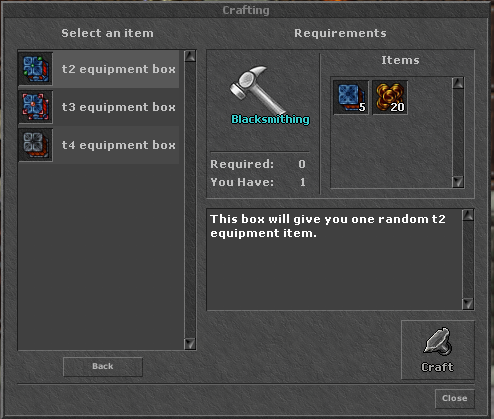 A new way to craft upgrade crystals and spell crystals has been implemented. You can find the crafting machine on the bank in first continent, on arena -1 in desert continent and on winter workshop 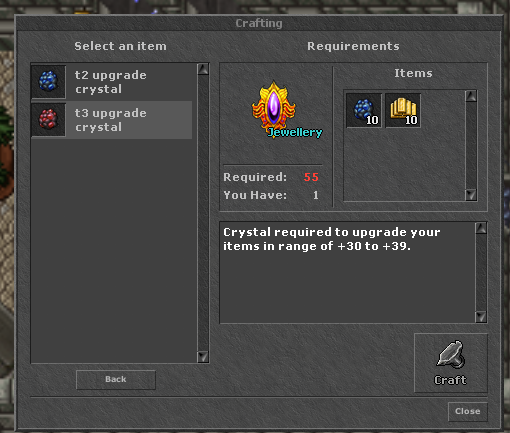