The Champion Challenge is a feature available on Shadow Realm in which allows you to fight powerful creatures by sacrificing gold. The more gold you sacrifice, the stronger the creature will be, but its rewards will also be better.

Go to the north-west corner of Nocturnia's temple ground floor and go down the stairs. Find the Salovar NPC and sacrifice the money by throwing it into the Solo Sacrifice or Guild Sacrifice basin, as shown below.

After sacrificing some money, talk to Salovar and follow through his dialogue until you get teleported to the boss room.

Do NOT underestimate the creature. It has powerful spells and hits high, but there is something that you should be aware of, which are special spells with a warning before it actually lands, and these spells are very strong, so do your best to avoid it! 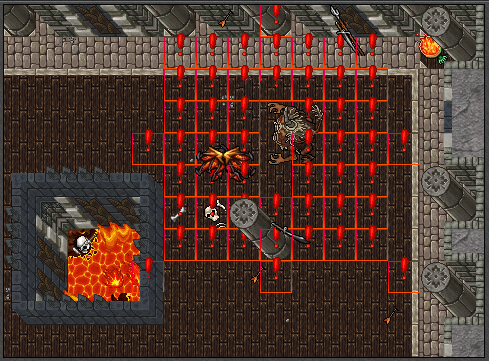 After you've beaten the creature, your reward will automatically appear in your backpack.

Every 250,000 gold sacrificed counts as one additional box, so if you have sacrificed 3kk, you will have 12 boxes if you successfully defeated the creature. Below we will list what possible rewards can be obtained upon opening the boxes:

The cooldown for champion challenges are of 10 hours and you can check it by using the command !quests.

You can skip those cooldowns by buying champion passes/charges at:

Normal players have only one champion challenge charges to stack, however, after you have done the first continental quest, your maximum number or charges will go up by one.