Gladiators Arena is a place that you will face several waves of monsters in a minefield in order to get awesome rewards. There is no death penalty in Gladiators Arena that is, deaths in there won't affect your stats, but, if you die you will be kicked out of the arena. The Gladiators Arena has its own cooldown that you can skip by using Arena Charges.
It is located to the north of Nocturnia's Temple in its respective teleport. 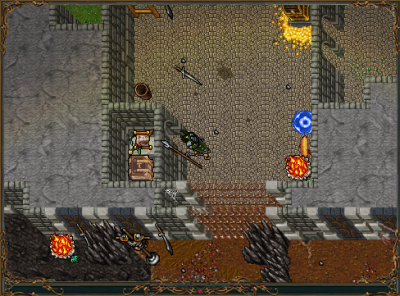 How does Gladiators Arena work?

Currently gladiators arena introduces different monsters and mechanics that scales with your strength, you are able to join the arena solo or within your party as a team. Higher strength values will result in harder monsters and better rewards.


There are two possible methods to join Gladiators Arena:

Joining solo is simple, you just need to use the scroll

and select the "solo" option. You will be teleported inside the arena.

Joining as party requires at least 2 players. The party leader needs to use the scroll

, and then the "party" option. All party members will be teleported inside the arena.

Note: This method can only be used by the party leader. 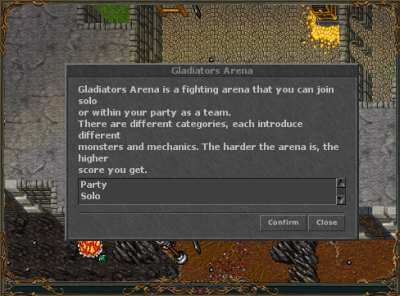 The Gladiators Arena rewards you with:

As said previously, the Arena scales accordingly with your strenght value and higher your strenght the better the amount of Royal Shadow Coins and Karma Points will be. Both of these rewards are currencies that can be spent in their respective shop, and by clicking here or here you can see whats available for purchase.