In Shadow Realm every monster class has unique and special members in their clans that can suddenly spawn in any respawn. these creatures are known as veterans, elites and champions.

These special creatures are marked by a colored emblem representing, holding as well enhanced speed, health, defense, attack damage and experience attributes based on their rank and they have a chance of spawning a monster orb, see Monster Orb for more information.

We will list more information related to each monster class below.

A veteran is significantly stronger than its normal counterparts in the area, but uses the same combat mechanics. They will typically have more health, armor, and hit harder, but they rarely can be problematic. Most players of the same level should be able to fight a veteran or two on their own.

Usually 7 out of 100 monsters will respawn as veteran rank.

Here is an image of how veteran creatures looks like. 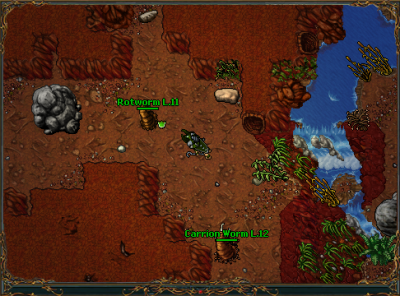 This monster class are stronger than the veteran monster class, they are designed to be a mini area boss and they are marked by a blue emblem

In terms of difficulty, they are placed between champions and veterans, and though a few can be soloed by players they are intended to be fought by groups. On top of this, they almost always possess abilities similar to their veteran counterparts.

Usually 1 out of 500 monsters will respawn as elite rank

Here is an image of how elite creatures looks like. 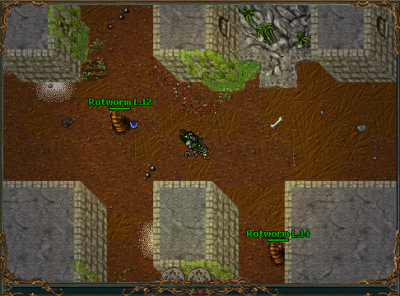 Champions are typically the strongest foes players will find in the open world. Many players will have trouble tackling champions without help from others. Unlike elite monsters champions deal big amounts of damage and usually have a huge health pools, champion monsters are considered bosses and will most likely reward with a part of its loot to all the players who aided in its extermination.

Champion monsters are marked with a red emblem

.
Below, we show you a list of the specs/changes that a champion monster presents (compared to his normal monster class).

Only 1 out of 100,000 monsters will respawn as champion rank

Here is an image of how champion creatures looks like. 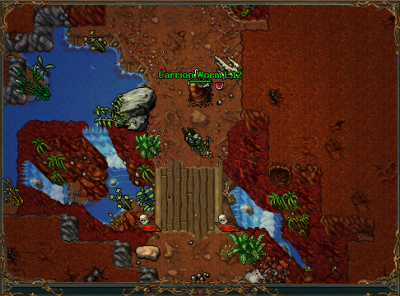